Are we where yet?
It’s easy in a place like this, to get confused; the former country consisted of six republics, five peoples, four languages, three religions, and two alphabets.  The borders drawn by cartographers have since been redrawn by several militaries.  We stopped for lunch in south eastern Croatia, halfway between Split and Dubrovnik, far enough to forget where we were.  Understandable, in the past this town may have been on the other side of the border.  It felt like Bosnia, at the roadside café that served us cevapcici, while young men smoked cigarettes and bleakly played video slots, though I’ve never had this uneasy feeling in Bosnia.  Head on a swivel as we ate, I wrote it off as standard third world no-man’s land jitters.  We were the only ones here who knew where we were going. 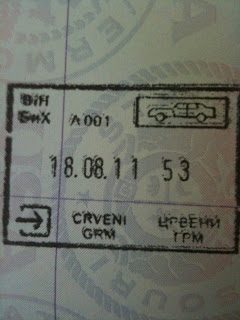 If you’re not nervous at border crossings, you haven’t crossed enough and I don’t trust you.  Hundreds of crossings have taught me this is not the time to sleep.  I try to bilingually negotiate my way out of the instant 20 Euro extortion taking place but lose.  My car insurance is NOT expired and I do NOT need to buy temporary insurance.  Usually acting confused and speaking Italian from my Italian-plated vehicle is enough to get an eye roll and a wave on. Confusion, the second most common Italian expression, after passion, is something I feign well after three years in country. No dice, guido. 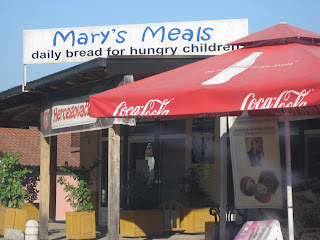 No kidding this is really a resturaunt in Medjugorje
Google maps refuses to accept BiH as having roads, and GPS units are near useless so we’re hitting the bombed out roads with our map, compass and best Cyrillic reading skills.  Fortunately coming in the Herzegovinian side we deal with less Cyrillic than expected…it’s another story coming from Belgrade through the Republika Srpska.  The uneasiness is still there, and I can’t help but channel Abbottabad through the shab prefab houses along our way.  These are friendly people, why suburban Pakistan is on my mind is a question without an answer, but I swear I’m looking at the architectural fraternal twin of the Bin Laden compound.  The Passat’s busted turbo hisses us through the religious freak-show that is Medjugorje and on to Mostar just before sunset. 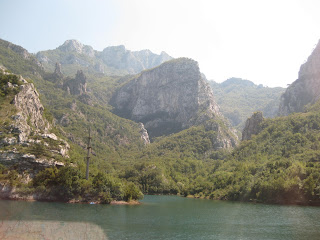 Coasting my injured vehicle into the Neretva river valley that cradles downtown, it was eerily calm meeting the gutted, hollow, bullet-riddled buildings for the first time.  Eighteen years ago this town was under siege for eighteen months.  Some of these void structures stand aside beautiful houses, schools, churches, mosques.  Some of these vacant structures were beautiful houses, schools, churches and mosques.  Constructed to nurture, they aren’t wholly unrequited, though where people and children should have grown, only plants rise up between the walls.  Eighteen years ago there were kids here my age, eighteen years ago, and for eighteen months, they didn’t care what they got on their birthday. 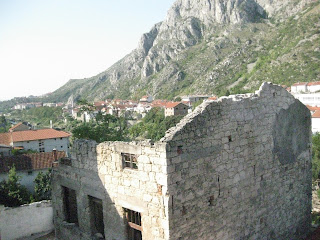 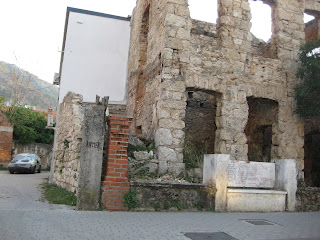 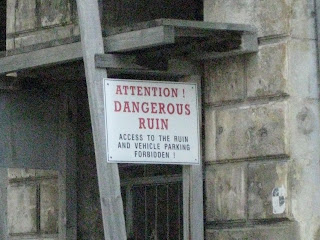 Istanbul serves as the theoretical capital of East meets West.  Straddling two continents and bridging culture, trade, empires and the fall thereof, that’s fair.  Seeing both sides reveals Istanbul is the capital of a forgotten thoroughfare that spans past the Turkish borders.  If it was the imaginary capital, then what of the imaginary country, smeared between two worlds?  In 2011 trade unquestionably happens in IST Kemal Ataturk Intl Airport, Haydarpaşa port, but before the Orient Express, in all its forms, it spilled through the Balkans, as it must’ve to the East as well. 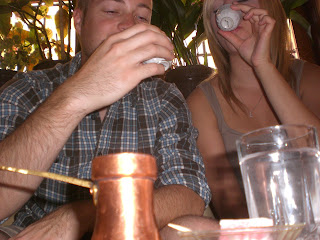 Spiraling gently above squat café tables, nargile waft bends with the scent of Bosanska kavha into a pleasantly acrid haze; immediately firing the synapses of Anatolian connection.  Tipping the hand further, the glossy, spherical cobblestones in the souk, the undeniable water stink, copper tooling, beaded lanterns and prized rugs for sale have me mentally rooted 500 miles south east.  Eating my feelings, I found similar favorites –meat in a leaf! – on the menu.  Slaked like sultans, we downed some local firewater, rakija, and crossed the Stari Most to call it a night. 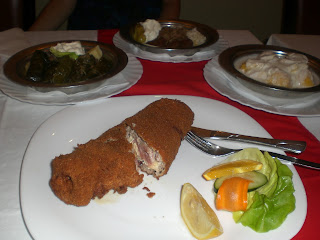 Fittingly enough, the city which was a major connection and trade route, takes its name from its bridge and her keepers, Mostari.  What better way to destroy the psyche and livelihood of a city reliant on its bridge than to take it out?  During the war this was quick to go, and only recently resurrected to its original state, a mastery of engineering, well before its time.  Proud as we are of ourselves today, this bridge and her ancestry were sheer technological marvels, eighteen years before Columbus sailed the ocean blue. 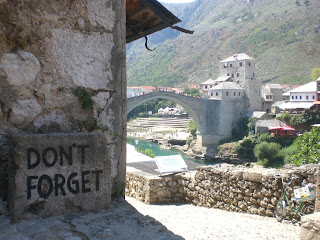 The iconic, hand-drawn sign near the bridge tells us: “Don’t Forget.” Collectively we have answered the bridge: it’s impossible to forget what we never remembered, and now, as it was then; it’s altogether easier to ignore 63 international war criminals, 100,000 dead and 2,000,000 people displaced, than to remember eighteen years ago a bridge that had stood for 427 years was dropped into the river by tank fire.

Posted by BackByMonday at 11:12 PM